Skip to content
FREE Shipping on orders over $120
Cart 0

Thank you! Please use the following code at checkout to save 17% off! 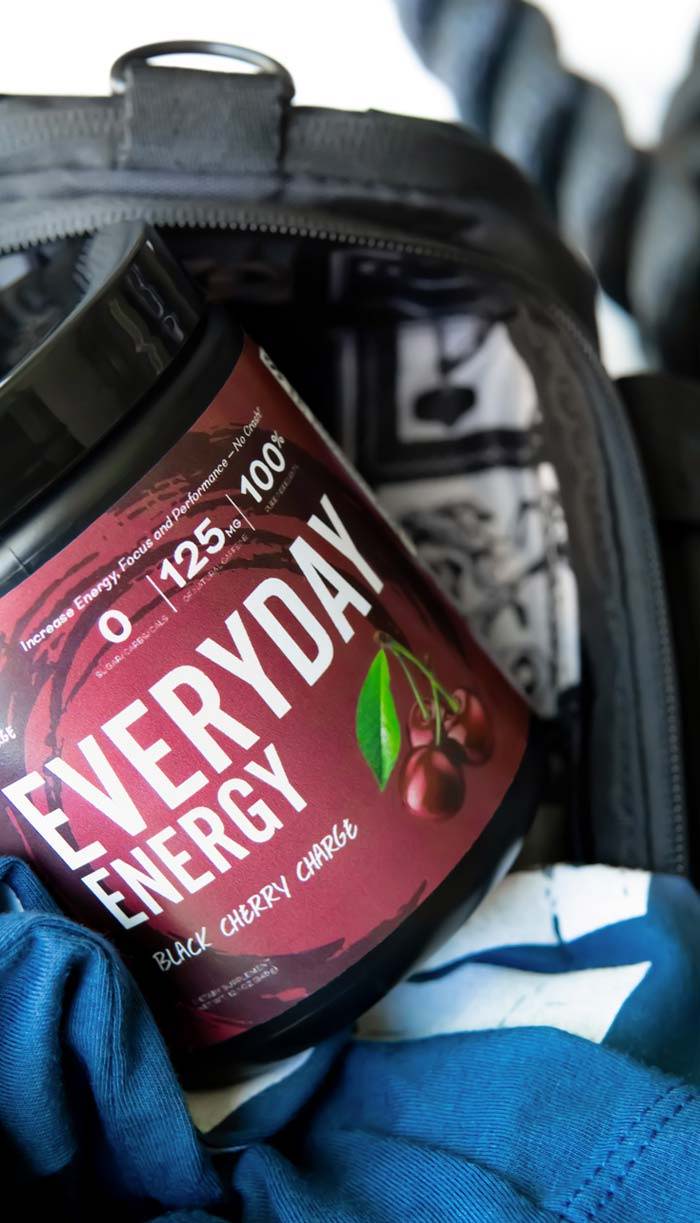 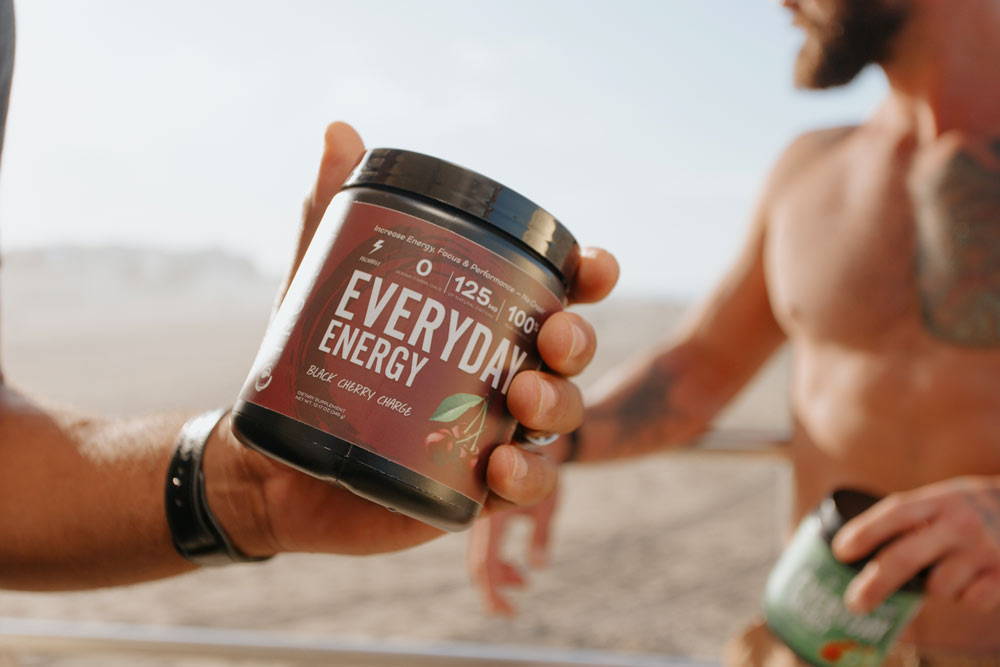 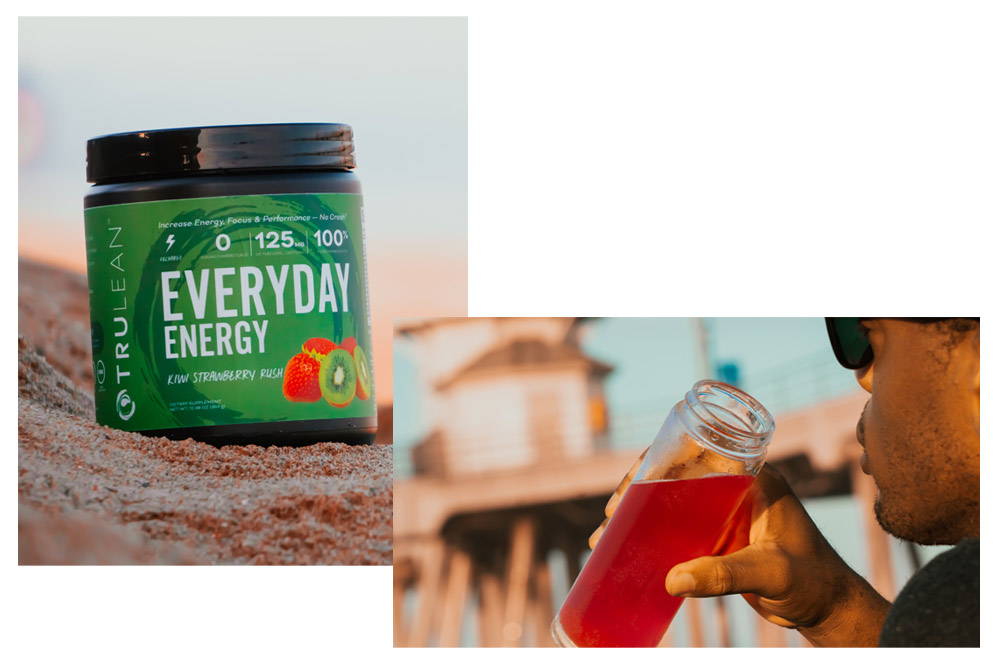 Every day I use the pre-workout to give me that little extra to make me push just a bit farther in class.

I am pretty strict about what types of supplements I take. TruLean, in general, has clean ingredients, without all the bad sugar, sugar substitutes, and fillers. It is simply the ingredients that you need to get the job done. Perfect amount of caffeine for me personally. Not to low and not too high. A great clean product that helps me get through any workout.

Replaced my morning coffee with Everyday Energy and I feel so much more focused! 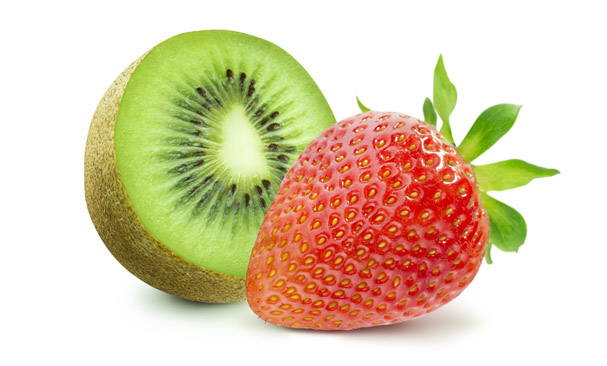 A flavor explosion of kiwi and strawberries! 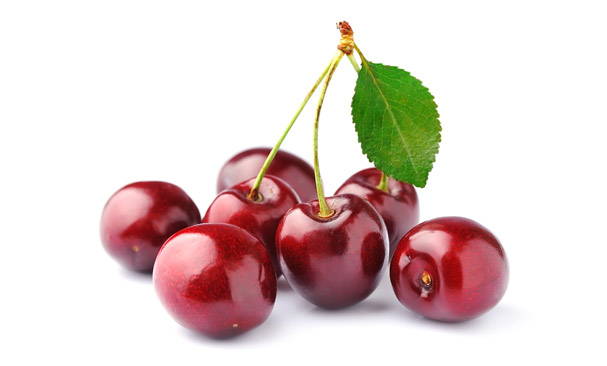 Looking for a tasty combo?

Clear, calm and focused energy without the crash!

Calm, Clear and No Jitters -- One of the most researched benefits of L- theanine is its role in alleviating stress and anxiety. In one study L-theanine was shown to significantly decrease the blood-pressure rise associated with stress whilst also proving a relaxing effect without feeling sedated or lethargic. L-Theanine works synergistically with caffeine helping to provide calm, clear and focused attention without the jitters.

Weight loss, concentration and Energy -- Ginseng has been used for centuries for its medicinal purposes such as aiding in weight loss, fighting fatigue and improving physical endurance. A study for Herbal Medicine Research in Chicago examined the anti-diabetic and anti-obesity effects of Ginseng supplementation by blood glucose levels showing a 53% decrease and noted weight loss.

Lower stress, fight fatigue and feel better -- Studies conducted on L Tyrosine and its effect on stress concluded that Tyrosine offers protection against cognitive decline and mood related changes due to high amounts of stress. L Tyrosine is often supplemented to aid in fighting fatigue, fat storage, depression and to aid in cognitive function. Due to its role in the production of neurotransmitters dopamine and norepinephrine in the brain, tyrosine directly effects your “feel good” hormones and your ability to respond to stress.

No. Everyday Energy is sweetened with Monk Fruit Extract & Stevia Leaf Extract. There are no harmful added sugars or artificial sweeteners.

Yes! A single serving of Everyday Energy contains 125mg of natural caffeine from Green Tea. 125mg is equivalent to a large cup of coffee, without the jitters and crash!

How many calories are in Everyday Energy?

Is Everyday Energy a liquid, a powder, or a gel? How does it mix with water?

Everyday Energy comes in a 30 serving powder, 12 gram scoop. Simply add 1 scoop of Everyday Energy to a glass of water, bottle, or shaker cup and mix!

When and how often can I drink Everyday Energy?

Use Everyday Energy before your workout for an added boost of energy and focus. You can also replace the morning cup of coffee or the afternoon energy drink with one single scoop of Everyday Energy. We recommended you do not exceed 3 servings per day.

I am breastfeeding and/or pregnant, can I take the Wellness Shot?

We recommend to always consult your physician before using this or any other dietary supplements while breastfeeding or pregnant.

No problem, simply let us know you're not a fan of the flavor and exchange for another. If you are not 100% satisfied with your order, we will gladly buy back the bottle, no questions asked.

Drink It. Love it. See Results.

Or we will buy back the bottle.

This is the Trulean Guarantee. If you are not 100% satisfied with your order, we will gladly buy back the bottle, no questions asked.

L- Taurine - Taurine is often used by athletes to help enhance endurance and physical performance. One study conducted in Japan concluded supplementation with Taurine was linked to improvements not only in endurance but strength, as well as providing antioxidant protection against DNA damage caused by the stress of exercise.

Mucuna Pruriens Extract - Mucuna Pruriens is rich in a compound called L-dopa at fairly high concentrations, 4-7%, which is a precursor to a key neurotransmitter dopamine. Dopamine is necessary for proper body movements, learning, regulating moods and increasing motivation.

L-Norvaline - Norvaline supports the body’s arginine concentrations and arginine is the key to forming nitric oxide. During exercise blood vessels dilate and cause blood pressure to drop. If norvaline is present then vasodilation increases (more blood flow), more nutrient rich blood is able to reach the working muscle giving more oxygen to your cells and more energy to your body.

Ginkgo Biloba - Ginkgo is an ancient plant used in China for thousands of years for its numerous health benefits. Its most common uses include: anti-inflammatory, antioxidant, platelet forming and circulation boosting effects.

CoQ10 - Coenzyme Q10 is an essential nutrient needed by every cell in the body for daily function. It works as an antioxidant that protects the cells from oxidative stress (aging & damage) and has been used for decades for heart health.